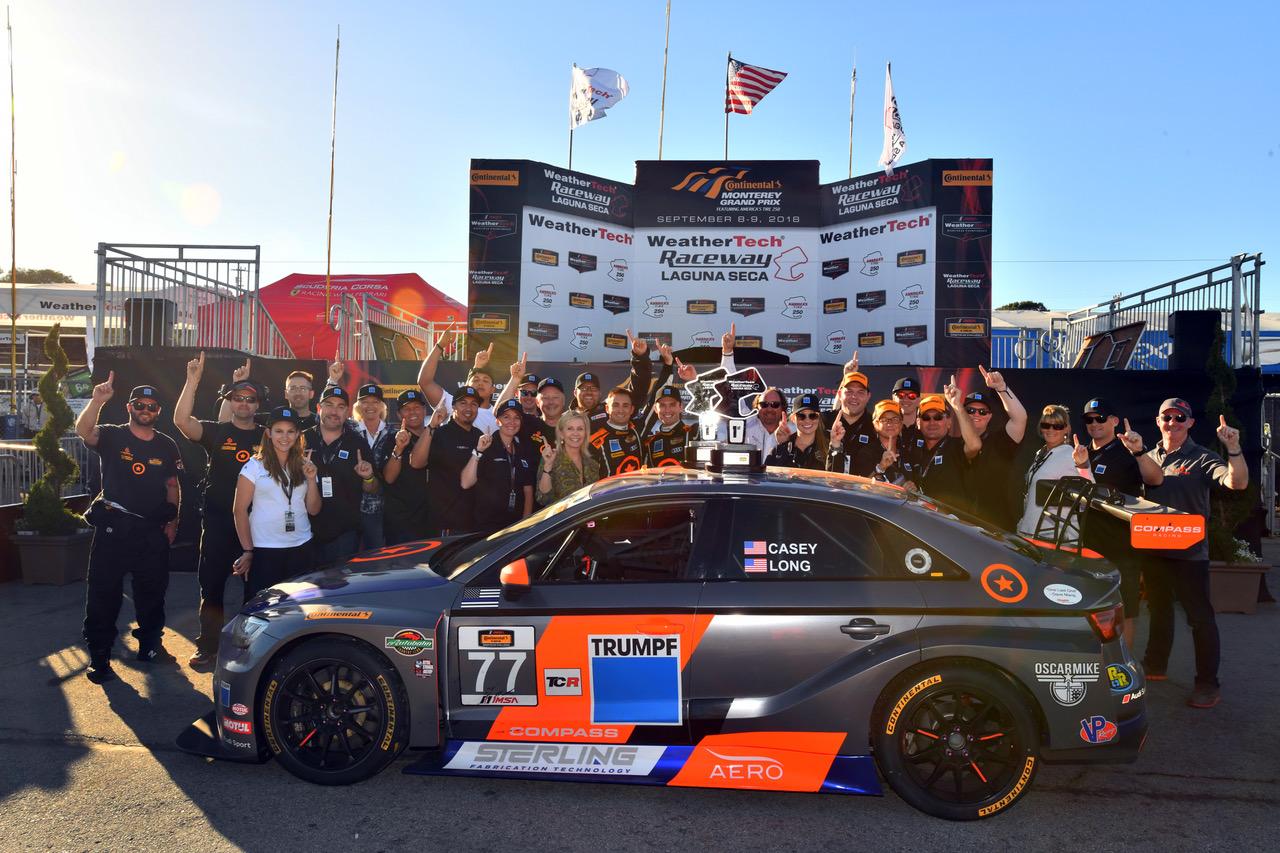 FOURTH WIN OF THE SEASON CATAPULTS BRITT CASEY JR. AND TOM LONG BACK INTO THE CHAMPIONSHIP LEAD

The No. 77 Compass Racing Audi RS3 LMS returned to the top spot on the podium this past weekend after the two hour race on the 2.238 mile WeatherTech Raceway Laguna Seca in Monterey California.  Casey and Long lead an amazing 56 of 69 laps after once again starting on the front row to win their fourth race of the season.  It was a dominating performance by the team that has shown strength and speed since winning the season-opener at Daytona International Speedway in January and then back to back races at Watkins Glen International and Canadian Tire Motorsports park.  Along the way the two Audi drivers also accumulated two second place finishes and one third place finish.

“This one was really, really big, it’s awesome to win here ” said Casey.  “The last time we were on the podium here, I was with Tom co-driving in 2015, so there is a little hidden meaning to this win.  But also, it was imperative to our championship run.  We have one race left to go and I think we have really placed ourselves in a solid position for that all-encompassing final race of the season.  Tom and I look forward to our chances to bring home the first United States TCR Championship four Audi and our Sponsor, TRUMPF Inc. at Road Atlanta in October”  Casey also noted he was proud to provide Autobahn Country Club livery on his Audi RS3 LMS as “this is the place that gave me a chance to start my racing career at a young age with such great support.  I owe them a lot”