Willows, Calif. (December 3, 2019) – Turn 3 Motorsport will return to the NASA 25 Hours of Thunderhill presented by Hawk Performance this weekend for the second year in a row. In last year’s event, the rookie team came out of the gate strong by winning the pole position and finished the endurance race second in class and fifth overall. This year, the #10 Radical SR3 RSX 1340 car will be piloted again by Eric Wagner, Antoine Comeau, and Peter Dempsey along with IMSA Prototype Challenge driver Neil Alberico.

Turn 3 Motorsport is going into this weekend having won the Blue Marble Cocktails Radical Cup North America 1340 and 1500 class championships with Wagner and Comeau at Circuit of the Americas just two weeks ago. The team has worked tirelessly since then to prepare for this pinnacle event of the season at Northern California’s Thunderhill Raceway Park.

“The 25 Hours of Thunderhill is a massive event,” said Team Owner Peter Dempsey. “The preparation that goes into it is immense. My crew put a huge amount of effort into building the car for this year. We’ve shed some weight and improved other various areas of the car. Hopefully this will help our performance throughout the weekend.”

“Eric (Wagner) and Antoine (Comeau) have had a great year in Radical Cup,” continued Dempsey. “The experience they gained will really help their performance at the 25 Hours. Bringing in someone like Neil (Alberico) with his experience from LMP3 will also be a great help to the team. We really enjoyed this event last year and couldn’t wait to get back this year. Although it’s a huge amount of work and preparation, this event means a lot to us as a team. We are really looking forward to getting back there and having a go at the overall win.”

Joining 2019 Radical Cup champions Wagner and Comeau as teammates are Peter Dempsey and Neil Alberico. In addition to running team operations, Dempsey competed at the 25 Hours of Thunderhill last year, bringing his extensive racing experience and talent to the lineup. While Dempsey is probably best known for his exciting open wheel career—including a thrilling four-wide finish and win at Indianapolis Motor Speedway—he has also raced an LMP2 at Petit Le Mans in addition to the Thunderhill race in 2018.

Rounding out the four-member team is Alberico, an open wheel standout who came through the Road to Indy ladder before turning his focus to the IMSA Prototype Challenge this year. The young California native won the season opener at Daytona International Speedway and finished third in the championship in his rookie year.

While each of the four drivers brings their own individual skills to the group, they all have experience with pit stops and endurance style racing, something that will benefit them going into this weekend’s challenge.

Live streaming will be available throughout the weekend on the NASA 25 Hour live stream channel. T3M will also host a live stream from the cockpit of their car which viewers can follow via the team’s Facebook page.

To stay up to date on Turn 3 Motorsport, follow the team on social media using the handle @turn3motorsport.

About Peter Dempsey: Peter is an Irish racecar driver, engineer, and driver development leader with a lifetime of motorsport experience. Peter’s racing record includes nine wins in the Pro Mazda (formerly Star Mazda) Championship series and a title of Vice Champion, an Indy Lights series win that was one of the most exciting finishes in the history of the Indianapolis Motor Speedway, and being one of only two drivers to win the prestigious Walter Hayes Trophy three times. In addition to his own racing resume, Peter has enjoyed mentoring and coaching many young drivers to reach their full potential as they climb the motorsports ladder. 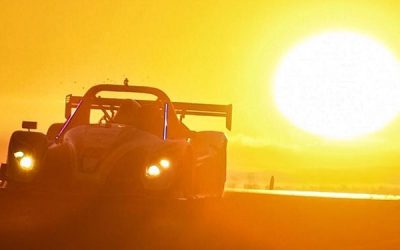