It has been a busy albeit delayed start to the racing season, but it hasn’t  taken long for things to heat up.

Spec Miata has 5 races in the book and Taro Kushida has simply dominated winning all 5 races. While Taro has been at the front for many years, clearly, he is the man to beat in 2020.

In the SM2 series it has been a tight battle among the top three. John Jodoin has a slight edge over Sean Varwig and Bill Bening. This top trio has had the podium amongst themselves so far.

Dave Gronke finds himself at the front of the Chase Novice class while the Chase Pro class is shaping up to be another tough dual with Mark Basso out to an early, although very slim lead, over Mark Stadalsky.

Radical Cup sees a new leader in Mike Anzaldi. While Jordan Missig and Louis Schriber have shared the victories. It has been Anzaldi’s consistency that has put him at the top of the points.

Jordan Missig has reestablished his position among the karters as he has taken three wins in the Ignite Senior class. Three drivers have experienced the winning formula in Ignite Rookie with Peanut Price the current points leader. The same can be said in the Junior class with Spencer McFarlane holding on to the top position. In Kid Kart Easton Kubinski holds a slight edge over Cortez Rhodes with both claiming victories. The Graybeal family is once again strong in the Open Class with Heidi a full race ahead of John.

Party on the Patio on August 16th 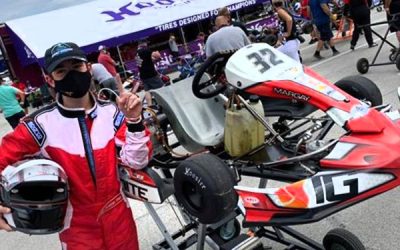 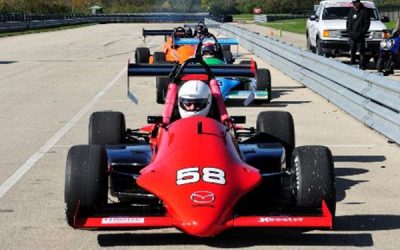 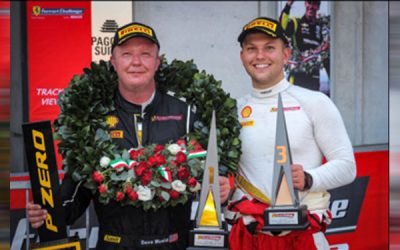 Party on the Patio on August 16th