Newman Wachs Racing is extremely excited to announce their first driver for the 2020 Formula Regional Americas Championship Powered by Honda; 21-year-old Jordan Missig from Channahon, Illinois. Missig has been working with NWR for the last year in the Radical Cup North America program, capturing seven wins and 13 podiums en route to a second-place finish in the overall championship standings. Jordan will drive the team’s gray, black and orange Ligier JS F3 when the season finally gets up and running.

“I’m really excited to have Jordan on our team for 2020 season,” enthused Brian Halahan, Newman Wachs Racing Team Manager. “We had a lot success last season together in the Radical Cup and I am looking forward to carrying that momentum into the Formula Regional Americas championship. We have been doing a lot of testing over the last few months, racing in another junior open-wheel series as well, to prepare him for the challenge. We will continue an extensive testing program up until the first race event and we hope to be battling for the championship at the end of this season.”

Missig got his start in 2016 in karting in the Joliet Autobahn Margay Ignite Series. He continued to race karts through 2018, racking up nine wins, 12 podiums and winning the Margay Ignite Challenge Senior Division Championship while also moving up into a short stint in Spec Miata and a full year in the Radical Cup car at the Autobahn Country Club. That year, he would score two wins and 11 podiums before stepping up to the national series of Radical Cup North America in 2019. With Radical Cup North America, Jordan traveled to six different venues across America, which equaled a total of 18 races. Jordan showed his natural talent by earning seven wins and second in the championship standings. The American driver has now set his eyes on open-wheel racing and intends on continuing his winning resume in the Formula Regional Americas Championship in 2020.

“I’m so excited to be joining Newman Wachs Racing for 2020 and for the Formula Regional Americas Championship,” offered Missig. “Newman Wachs Racing is a proven and successful open-wheel team that strives for success, and they demonstrate the same positive mental attitude and determination that I have to win races! I’m also excited to enter into, and compete, in the FRA series. FRA has an outstanding scholarship program, which is important as I look to advance my racing career. I’m looking forward to the 2020 season.”

Newman Wachs Racing is a well-known name in American open-wheel motorsports and was formed in 2005 by late actor and IndyCar team owner Paul Newman and his long-time racing friend Eddie Wachs to aid the development of young drivers in Champ Car’s Cooper Tires Presents the Atlantic Championship Powered by Mazda. After five seasons in the Atlantic Championship program, the team took a hiatus until 2017, when they returned to competition in the Road to Indy. In 2020, NWR will add yet another series to their resume; the Formula Regional Americas Championship.

The team will continue its heavy off-season testing program with their Formula Regional Americas car. Drivers interested in becoming part of the Newman Wachs Racing squad this season are asked to contact Brian Halahan directly at 727-692-6052 or through email (bhalahan@newmanwachsracing.com).

Promote Your Business at Your Track – Corner Sponsorships Available 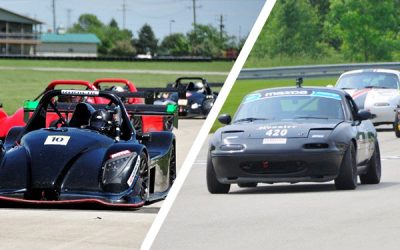 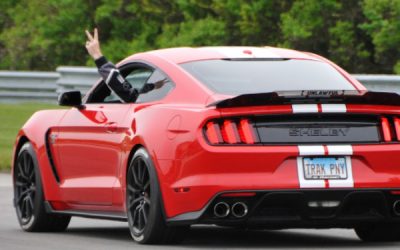 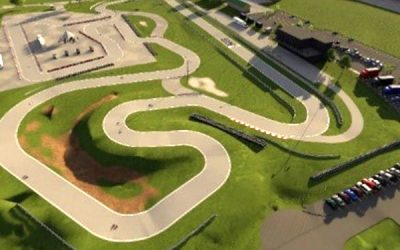 Promote Your Business at Your Track – Corner Sponsorships Available