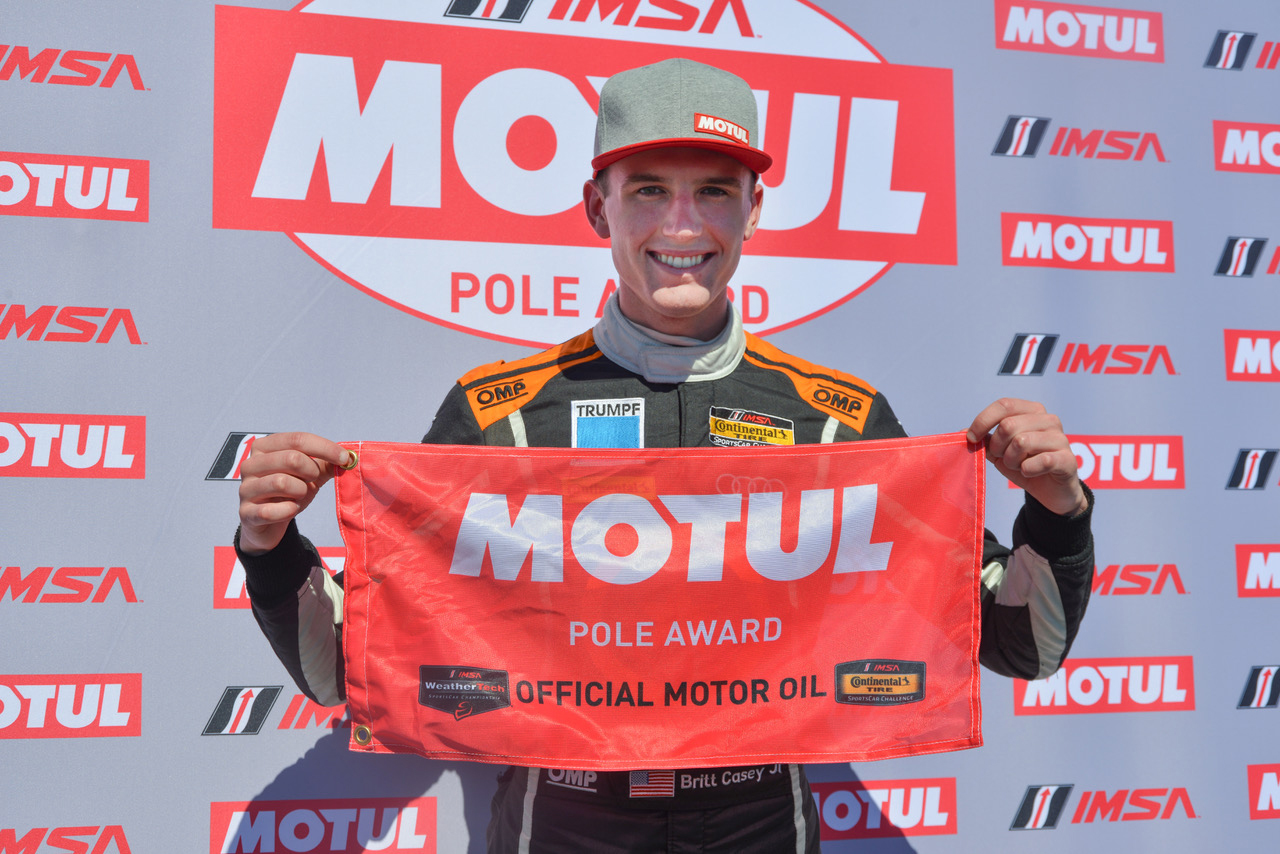 Britt Casey Jr. and Tom Long have retaken the championship lead in the Continental Tire Sportscar Challenge TCR field with wins at both Watkins Glen and Canadian Tire Motorsports Park in the past two weekends.  A first lap crash in the upper S’s collected several cars directly in front of Casey but he was able to maneuver his TRUMPF #77 Audi RS3 LMS machine out of harms way between the daunting light blue guard rails that line this extremely high speed “no way out” section of the track. Casey ran the first 2 hours and 40 minutes of the 4 hour race before his co-driver, Tom Long took the wheel for the last 1 hour and 20 minutes in the 100 degree temp.  Tom brought the #77 across the line in first place after 4 hours without incident claiming the victory.

This past weekend at Canadian Tire Motorsports Park provided the opportunity to pay respect to everyone’s friend, recently departed Jeff Green.  Britt and Tom both committed their full efforts and ultimate victory to the memory of this great man and mentor.  Britt grabbed the pole by over a full second and lead every lap of his initial hour plus in the car.  Slightly past the midpoint the team pitted the car for fuel, four tires and a driver change from the 58 second lead Casey had placed on the field precluding the car from loosing any positions during the stop thus co-driver, Tom Long, regained the lead position after the pit stop and went on to not only lead every lap of his stint as well but also grab the all important victory.  In post race interviews both on FOX Sports television and IMSA radio the two were able to declare their victory and efforts in the name of Jeff.  Jeff’s spirit remains with Casey as he stated ” I was truly fortunate to have met such a great man that just seemed to love life and was loved by so many”

Casey and Long will be competing at Lime Rock Park on Saturday July 20 where they hope to continue to broaden their lead in the championship run.  All Continental Tire Sportscar Challenge races are broadcasted on FS1 for viewing.