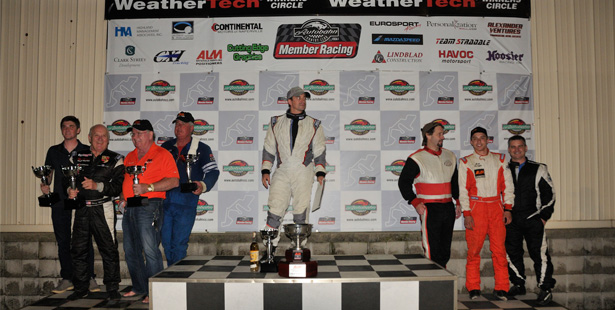 ALM Positioners and Autobahn Country Club would like to thank all of the participants, support staff and spectators who came out Saturday night and made the second race of the Enduro Series such a success.

Five hours of good, clean racing into the darkness provided much excitement for those participating and also those watching from various points around the south circuit.

Eighteen teams battled into the night and Eric Wagner ended up the overall winner after driving all five hours by himself. The final race of the series, the 12 Hour Enduro, will be held on the Autobahn Country Club full circuit on Sunday November 1st from 10 a.m. to 10 p.m.